Our Proposal to the Mayor of Fort Lauderdale:

❖  We represent the Turkish American Chamber of Commerce
❖  Our request is to place a statue of former President Mustafa Kemal Atatürk, a man of the Enlightenment whom
as a Turkish field marshal fought for independence against the invading British, French, and Russian empires to
establish a secular Turkish Republic.
❖  The bronze statue will be crafted, purchased, and placed free of any financial burden for the city

❖  We would like to place it on SW corner of NE 30th St. that  intersects with NE 33 rd Ave.
❖  This location will be reorganized as a small public park.

An overview of  Mustafa Kemal Ataturk:
❖  President Ataturk was selected as world leader, by  UNESCO in 1981 on the centennial of his birth.
❖  UNESCO adopted the Resolution on the Atatürk Centennial,  describing him as a leader who fought colonialism and a
"remarkable promoter of the sense of understanding  between peoples and durable peace between the nations of the world and that he worked all his life for the  development of harmony and cooperation between peoples without distinction."
❖  In a tradition admired in the United States as a cultural “Melting pot”, President Ataturk was able to unite a  myriad of conflicting ethnic groups by advising them to unite and forget old grudges against each other shortly after World War I.

“My people are going to learn the principles of democracy, the dictates of truth and the teachings of science.”
– Mustafa Kemal Ataturk

Ataturk’s Democratic Reforms:
❖  Introduced separation of powers in the Turkish Republic after abolishing the  Ottoman Empire
❖  Reformed parliament
❖  Introduced conceptions of laïcité (secularism) to a country that had always been  religious
❖  Ataturk abolished the last Islamic Caliphate and exiling the last Caliph
❖  Gave women the right to vote in 1926 and made them equal under the law
❖  Removed Arabic Script in favor of Latin Script with a new Turkish alphabet to  improve literacy rates throughout the nation
❖  Ataturk focused on education and scientific reforms in the country and improved  literacy rates
❖  Introduced concepts of "Science Boards" and "Education Summits." 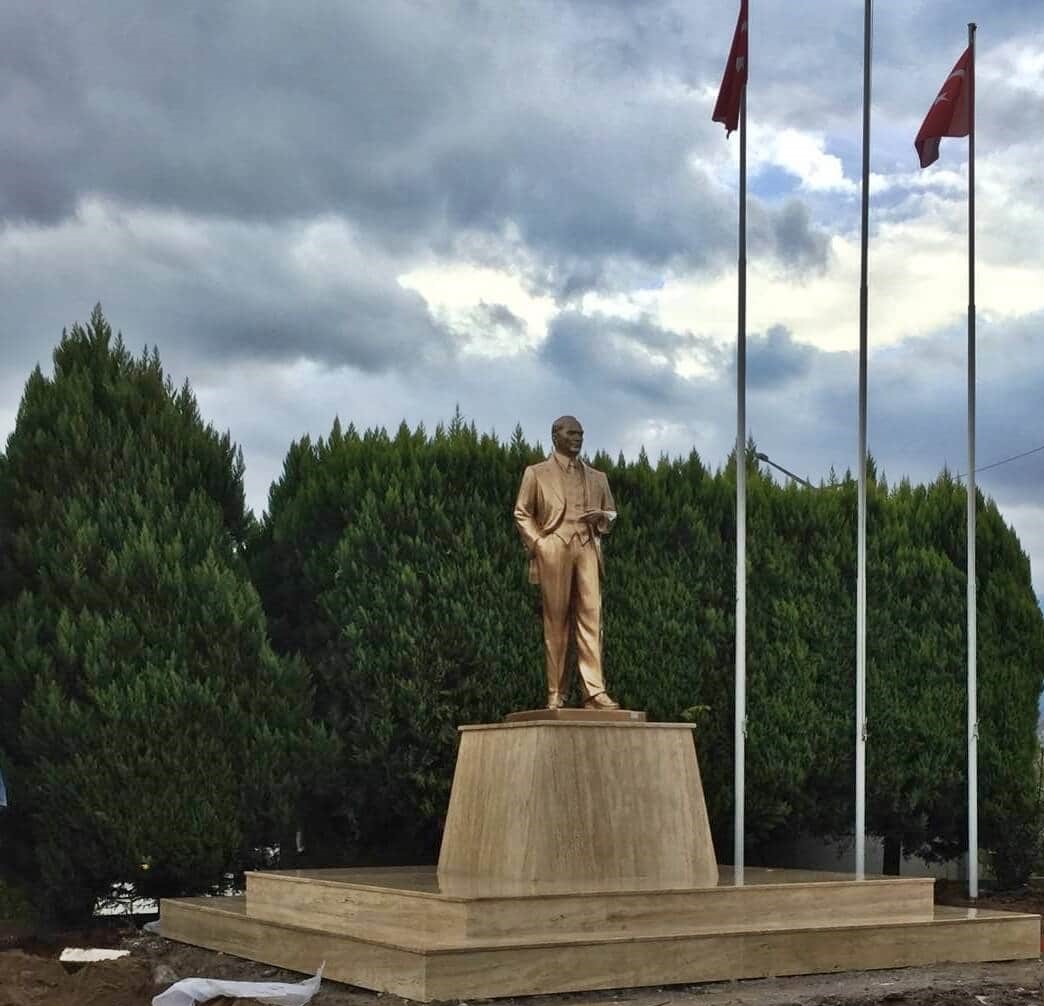 UNESCO RESOLUTION on the ATATURK CENTENNIAL

In 1981, the centennial of Atatürk's birth, the memory of Atatürk was honored by the United Nations and UNESCO by declaring it The Atatürk Year in the World and adopting the Resolution on the Atatürk Centennial as follows:
“Convinced that personalities who worked for understanding and cooperation between nations and international peace will be examples for future generations,”
“Recalling that the hundredth anniversary of the birth of Mustafa Kemal Atatürk, founder of the Turkish Republic, will be celebrated in 1981,”
“Knowing that he was an exceptional reformer in all fields relevant to the competence of  UNESCO,”
“Recalling that he was the remarkable promoter of the sense of understanding between
peoples and durable peace between the nations of the world and that he worked all his life for
the development of harmony and cooperation between peoples without distinction of color,
religion and race,”
“It is decided that UNESCO should collaborate in 1981 with the Turkish Government on both intellectual and
technical plans for an international colloquium with the aim of acquainting the world with the various aspects of the
personality and deeds of Atatürk whose objective was to promote world peace, international understanding and respect for
human rights.”

Ataturk statues around the world: 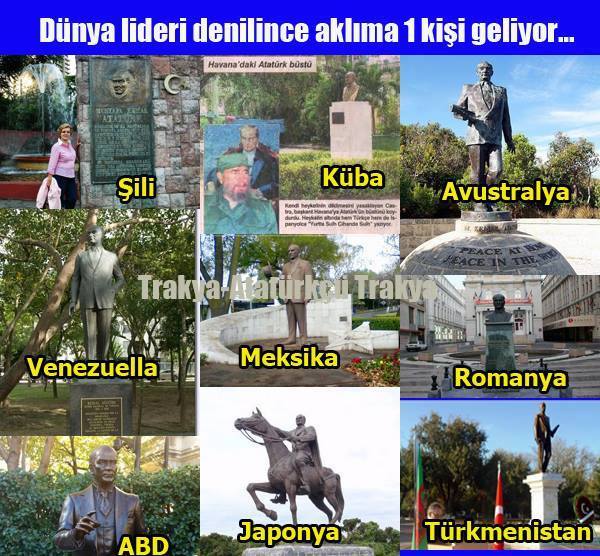